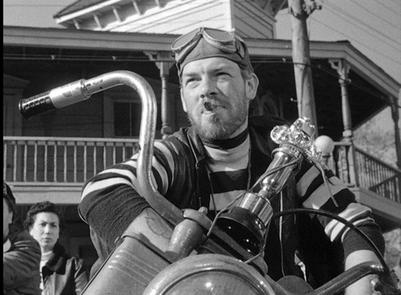 The Boozefighters Motorcycle Club was formed by ex-servicemen returning from World War II, young men whose lives had been interrupted by the horrors of war.  They were looking for excitement, craving fun, but more importantly, they were longing for the brotherhood they previously had while serving with other men on the battlefields. They were brought together through those desires and also the love of motorcycles. The growth and bonds between the Members of the Boozefighters Motorcycle Club was almost immediate.

“Wino” Willie Forkner is recognized to be the founder of the Boozefighters Motorcycle Club.  Having been kicked out of The 13 Rebels Motorcycle Club for rowdy behavior and excessive drinking, he decided to create a new Club.  Along with the other originals, Vern Autrey, Jack Lilly, Jim Cameron, J.D. Cameron, George Manker, Bobby Kelton, “Red Dog” Dahlgren, “Dink” Burns, Gil Armas, Johnny Roccio, Johnny Davis, “Fat Boy” Nelson, Lance Tidwell, and C.B. Clausen he established the BFMC in 1946 at the All American Bar, Los Angeles, California.  These men are known as The Originals.  They created much of the “Biker” lifestyle and image that continues today. There are chapters across the United States and Europe. The BFMC is truly an international organization.  It is this rich history that is being preserved in the spirit of fellowship and good fun. 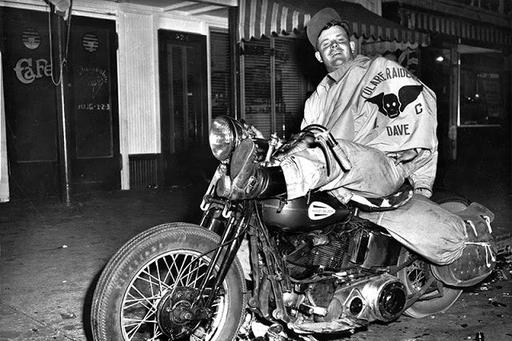 The Boozefighters gained notoriety due to their participation at the infamous Gypsy Tour in Hollister, California during the July 4, 1947 weekend.  The Hollister “riot” rally occurred from July 4 to July 6, 1947. The event was sensationalized by reports of bikers "taking over the town" and staged photos of public rowdiness. The rally, which was sponsored by the American Motorcyclist Association (AMA), was attended by approximately 4,000 people.  This was several times more than had been expected, and the small town of Hollister was overwhelmed by bikers who were forced to sleep on sidewalks and in parks.

About 50 people were arrested during the event, most for public intoxication, reckless driving, and disturbing the peace.  Members of the Boozefighters Motorcycle Club, in particular, were reported to be fighting and racing in the streets.  The Hollister “riot” prompted Hollywood to portray them as the rough and rowdies in “The Wild One”.  The 1953 film (starring Marlon Brando) was inspired by the event and based on an article run in Life magazine which included a staged picture of a drunk man resting on a motorcycle amidst a mass of beer bottles.  Lee Marvin played “Wino” Willie the founder of the BFMC in the movie as “Chino”.  Although the Hollister event was extremely blown out of proportion by the media it did set the stage for the “image” of the American Biker and started the separation of motorcycle clubs and the American Motorcycle Association (AMA).  When Life Magazine published its article about bikers and the events at Hollister on 21 July 1947, the “bad boy” Biker image was blasted into the living rooms of everyday people.  The Boozefighters then as in the present surely met the criteria of hard riding, hard drinking, dedicated motorcyclistS that have “fun” and “brotherhood” as their main focus.  Because of the events of that weekend, and the public sensationalism, Hollister is renowned as the birth place of the American Biker.

None of the “Original Wild Ones” were ever incarcerated for serious crimes and to this day the Boozefighters do not allow any illegal activities in the club. The Boozefighters of today follow the examples of the original members (many who are still alive and riding) by maintaining a respectful stature in the biker world, riding bikes and having fun.  The Originals didn’t discriminate toward any ethnic, religious, or political group.  “Wino” Willie said “We fought side by side for all Americans to have freedom of choice”.  The Boozefighters of today (many who are Veterans) maintain this policy.  We are family men, engaged in legitimate business and careers, enjoying getting together as a social group for parties, rides and special events. We are into this thing strictly for having harmless, good clean fun. We couldn’t care less about “territory” and things like that.

At the time of Hollister, there were three Chapters of Boozefighters in California; Los Angeles, San Pedro, and San Francisco. The Boozefighters were one of the very first clubs to have multiple Chapters.  Boozefighters from the very beginning had but a few desires: Ride, Party, and Brotherhood. For many of the earliest Originals, the BFMC created life long bonds. This is symbolized by the acronym OWOF (Original Wild Ones Forever).  Currently, the Boozefighters Motorcycle Club is one of the oldest active Motorcycle Clubs in existence. 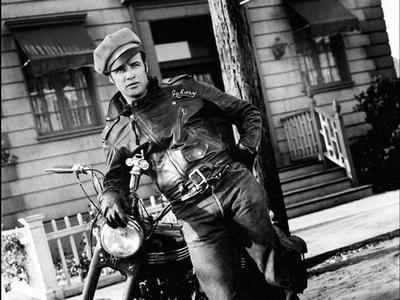